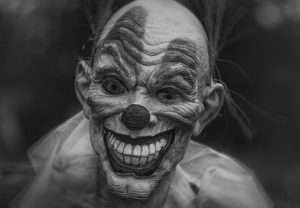 As you know, in addition to a number of extreme anti-gun “bills” introduced in Salem for the “short” February session, there are several anti-rights ballot measures in play.

Oregon Firearms Federation is doing everything we can to derail them all as we have done in the past with your help.

The ballot measures filed with the intention of crippling your rights to defend and protect your family are:

OFF has filed comments with the Secretary of State contesting the misleading draft ballot title language in all the measures. Furthermore we have filed an appeal for the “certified” ballot title of IP 40.

IP 40 is a mandatory gun incapacitation measure much like HB 4005 which is scheduled for a hearing on Feb 7th. (Remember, Feb 6th is the Timber Unity Rally on the capitol steps that gun owners are encouraged to join.)

IP 60 creates onerous new restrictions for modern firearms including banning  their possession by young Oregonians, eliminating private in-family transfers, requiring “training courses” before purchase (which most NRA instructors will not be allowed to teach) waiting periods and more.

The definitions in the measure for “semi-automatic assault weapons”  include not only fully automatic and select fire firearms, but firearms that are not in any way “automatic” such as shotguns with “revolving cylinders.”

It would ban the new sale, manufacture and possession of most ammunition magazines and outlaw the transportation of previously owned ones if loaded.

IP’s 61 and 62 contain parts of IP 60, with IP 61 having the restrictions on modern firearms contained in IP 60 and IP 62 having the ban on magazines.

It would appear that IPs 60 and 61 may very well also (inadvertently ) ban gun “turn-ins.”

IP 40 was filed by a  Bloomberg funded organization called  “State of Safety”.  To guarantee their safety they apparently have no phone number.

IP’s 60, 61 and 62 were filed by “Lift Every Voice” an organization that grew out of the failed “Ceasefire Oregon” and charades as religious leaders while working overtime to guarantee that the lessons of the Holocaust will be forever forgotten.

Nonviolence recognizes that evildoers are also victims and are not evil people.

The nonviolent resister seeks to defeat evil not people.”

Lift Every Voice clearly believes that  “evildoers” are not evil. But law abiding gun owners are.